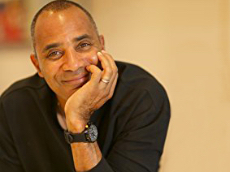 Elliott has more than 25 years of diverse, effectual management level experience in the United States and Australia. As founder of Toil Films, Elliott is on a remarkable journey to relay a more authentic worldview: one that accurately portrays the real experiences, particularly, of people of colour. With unwavering optimism, Elliott is out to prove that audiences will value voices that have been underrepresented, both on screen and behind the camera. Not only because it’s reflective of the real world we live in, but also because in an industry that depends on diverse moviegoers to buy tickets, it’s smart. Elliott is a member of Producer’s Guild of America, Screen Producer’s Association of Australia and Australian of Cinema and Television Arts.