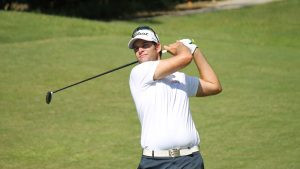 Tim was born in Sydney but began his schooling in Singapore and later in Kuala Lumpur, Malaysia. It was whilst growing up in Asia that Tim found he had a passion for golf. After moving back to Sydney, his golf career continued to develop and he began tasting major amateur success from the age of 20. After that, Tim began to travel to tournaments all across the world and made many great friends along the way.