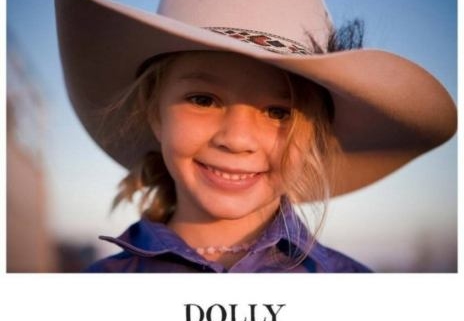 In a Facebook post, the father of Amy “Dolly” Everett called for more awareness of bullying so his daughter’s life “will not be wasted”.

Akubra also expressed its condolences, issuing a call for all to “stand up” against any kind of bullying.

One in five children in Australia says they were bullied in the past year.

In his emotional Facebook post, written on Sunday, Dolly’s father, Tick Everett, gave no details of the bullying, but said she had wanted to “escape the evil in this world”.

He said he hoped the attention on Dolly’s death last week might “help other precious lives from being lost”.

He also invited the bullies to her funeral, saying: “If by some chance the people who thought this was a joke and made themselves feel superior by the constant bullying and harassment see this post, please come to our service and witness the complete devastation you have created.”

On Wednesday, the family released a statement to media outlets saying Dolly had been “the kindest, caring, beautiful soul”.

“She was always caring for animals, small children, other children at boarding school who were less fortunate than herself.”

The family shared a recent drawing by Dolly showing a skinny figure bent over backwards underneath the words: “Speak even if your voice shakes.”

“This powerful message tells the dark, scary place our beautiful angel had travelled to,” her family said.

According to Australian broadcaster ABC, the family also said they wanted to establish a trust to raise awareness of bullying, anxiety, depression and youth suicide.

‘Dolly could be anyone’s daughter’

The wide-brimmed rabbit-fur Akubra hat is one of Australia’s most recognisable brands, closely associated with rural outback life.

Dolly starred in a well-known ad campaign for the brand when she was eight.

Image copyrightINSTAGRAM/AKUBRAImage captionAkubra hats are a staple of Australian culture

“Bullying of any type is unacceptable,” the company wrote on Facebook on Tuesday.

“It is up to us to stand up when we see any kind of bullying behaviour. Dolly could be anyone’s daughter, sister, friend.”

It urged readers: “Be a friend, check up on your mates.”