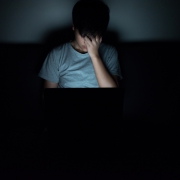 Did you know that at least 8 million Australians have experienced cyber bullying at some point? That’s around 39% of the total Australian population, and the problem’s only getting worse. According to this report, these bullies don’t just make people feel bad about themselves and cause devastating harm, they are also affecting the country’s economy.

A survey done by the Australia Institute which involved a nationally representative group covering various genders, ages, states, and territories shed key insights on this issue. Based on the results, online trolling and cyber bullying costs the Australian economy over $3.7 billion per year. Online harassment is a major issue facing many people, and it’s important to understand the financial consequences of the problem as well.

What Is Cyber Bullying?

Cyber bullying occurs when bullies use digital devices and technologies to harass someone or make them feel threatened, scared, sad, or embarrassed. Online bullies, also known as cyber bullies and cyber trolls, usually send their targets abusive and hurtful messages as well as offensive photos and threats. In fact, cyber bullying has become a recognised public health crisis in Australia.

This kind of bullying is often extremely persistent because it’s so easy to send multiple and anonymous messages online. Cyber bullies use all kinds of technologies to spread their hatred and find new victims, including:

Cyber bullying can affect anyone, but certain groups are especially vulnerable. Research shows that females are more at risk than males—44% of women who responded to the Australia Institute survey had experienced bullying compared with 34% of men.

Worryingly, young people are most at risk. Last year, for the National Day of Action Against Bullying and Violence, the Australia Institute discovered that one in four Australian students suffer cyber bullying every few weeks. 72% of Australian schools report cyber bullying incidents, and the youth service, Kids Helpline, reports that over 80% of their calls concern online bullying.

The most common type of cyber bullying, according to the Institute’s survey, is abusive language. Other common incidents include sexual harassment and, even worse, death threats.

The Financial Cost of Cyber Bullying

Victims are at risk of developing mental health problems such as anxiety and depression, and they may even suffer from physical injuries. These medical bills add up in the long-term. Similarly, the costs of fighting cyber bullying in court mean expensive legal bills.

The costs that the Institute identified include:

And these figures don’t account for the income or earnings families of victims lose as a result of cyber bullying. Depending on the case, the situation can become really severe that cyber bullying’s effects such as the need to move to avoid bullies can affect a family’s earning potential and lifestyle.

Sometimes, it ends tragically. Charlotte Dawson, an Australia’s Next Top Model judge, killed herself because she couldn’t face the online trolls any longer. Put simply, cyber bullying places unfair financial and emotional burdens on victims and their families.

The good news is that Australia now recognises the steep cost of cyber bullying. There’s increasing pressure on the government to tackle cyber trolls and the associated financial costs. Journalists and other public figures are opening up and sharing their stories to help victims feel less alone. Organisations and platforms are being created to reduce bullying online, and educating young people on how their words and actions might harm someone. And, most importantly, victims no longer feel like they need to suffer in silence, or that they’re somehow to blame for the abuse.

At Starshell Student, we take cyber bullying extremely seriously. We stand against it every day. And, through our innovative platform that filters offensive online content and educates young people to become responsible social media users, you have the capability to help your children and students effectively deal with cyber bullying and its ill-effects. For more information about cyber bullying and how to stay safe online, contact us today.

As a growing public health issue, cyber bullying has become a problem in schools throughout Australia. Around 20% of children experience cyber bullying, with 17% of them encountering it every week. If you’re a concerned parent or teacher who wants to protect their kids or students from cyber bullying and its ill-effects, we have some tips you may find useful in reaching that goal.

END_OF_DOCUMENT_TOKEN_TO_BE_REPLACED 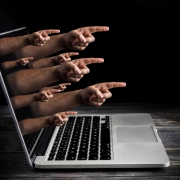 There’s no denying that the online world comes with many advantages for young people. It makes it easier for them to research school topics, communicate with their friends, have fun, and learn about other cultures, people, and places.